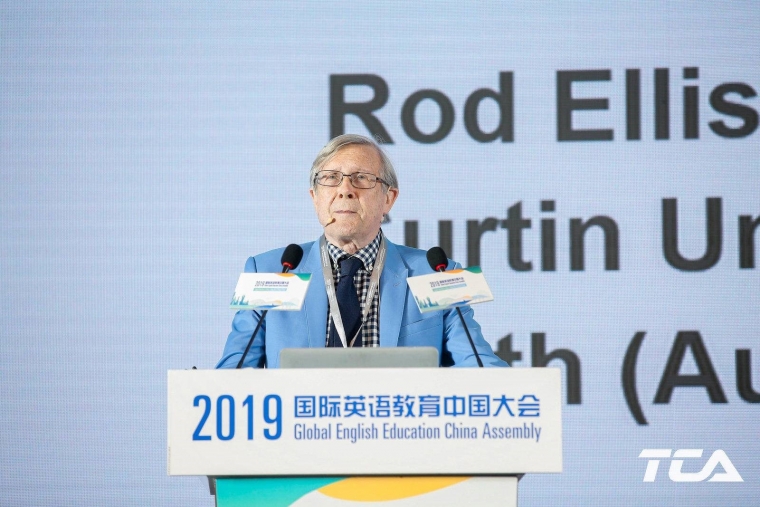 As one of the keynote speakers on Friday at the 2019 Global English Education China Assembly in Hangzhou, Zhejiang province, and a visiting professor at Shanghai International Studies University, Ellis shared his views on English language teaching in Asian primary schools, and the overall changes he sees in the global community in learning English as a second language.

“We all live in a global world these days. This requires us to have a lingua franca so that we can communicate across global communities. At this moment, that language is English. But who knows, in another 50 years, it might be Chinese,” said Ellis, a world-renowned linguist in second language acquisition.

Ellis also argued against concerns that exposure to a second language would compromise the capability of mastering one’s mother tongue, though he agreed the concerns are not only shared in China but in other countries as well.

“It really stems from a deficit model of language learning. But from what we see it is possible to learn more than one language and achieve native level proficiency in both languages at the same time,” he said at the three-day event.

Citing research done by a Canadian expert, he noted that the act of learning another language or having it in one’s brain is actually going to help to ward off later life afflictions like Alzheimer’s disease. It has been found that while bilingual people may still get the disease, they are getting it four to five years later as opposed to those who only speak one language throughout life.